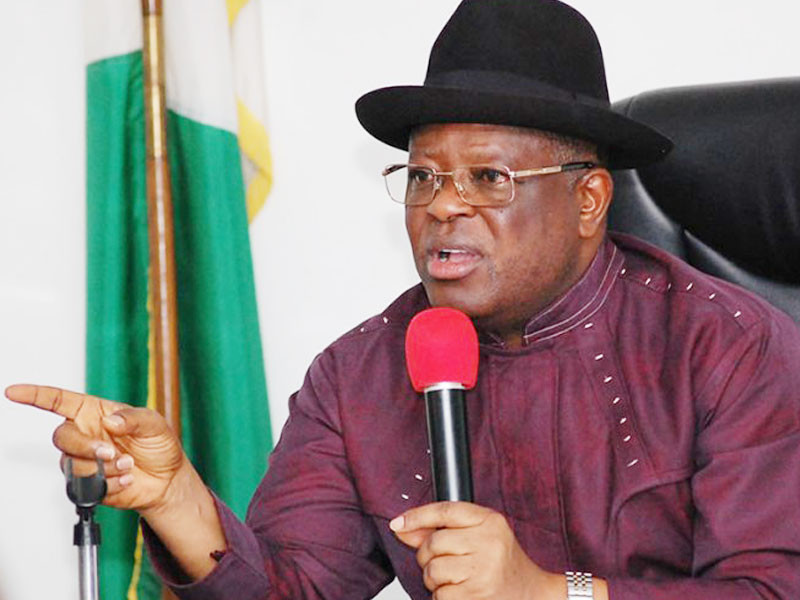 David Umahi, the Chairman of South East Governors Forum and Governor of Ebonyi State has announced that the South-East will soon be getting its own security outfit just like the South-West’s Amotekun.

The Ebonyi State Governor who disclosed this on Wednesday January 29, during a familiarization courtesy visit by the General Officer commanding 82 Army Division Enugu, GOC Lasisi Adegboye, said they’ve already “written to federal government and are putting things together”.

“One of our major challenges here in Ebonyi State is our problem with Cross River people, but we bless God so highly for the initiatives of the youths. The Deputy Governor and the Speaker of the State Assembly have to arrange so that they joint youth committee on Cross River and Ebonyi people will go and pay a courtesy call on the GOC.

“Probably, who knows if you are the one that will make both state to sign lasting agreement for lasting peace. Here in Ebonyi, I thank the police, the army, the SSS. It has been a union of brotherhood and working together with our Neighbourhood Watch.

“Every region has their own peculiarities and we had formed our own joint security taskforce and we have written to federal government and we are putting things together because we had a joint meeting with all the service chiefs and the then GOC. So, we discussed and agreed on what we need to do to continue to give safety to our people in South East.

“No one will say that he will not be part of joint security because when people are kidnapped for example in Anambra State, they could be found in Ebonyi. So, we need that synergy to work together to give protection to everybody and here in Ebonyi, we are among the first in the federation to start our law on internal security and that is the Neighbouhood Watch and they have fantastically done very well.

“I am happy that the police, the army, the SSS, they are not ashamed to proclaim that our Neighbouhood Security Watch have done very well. And so, we can say that we are the safest state in the country and there is no joke about that.”

@https://twitter.com/yourdailyng
Previous Senator Abaribe’s call for Buhari to resign is foolish, he ought to replace Nnamdi Kanu in prison – Presidency
Next Lady sets herself ablaze in Kano after her husband married a second wife