Violence erupts in Anambra state ahead of general elections 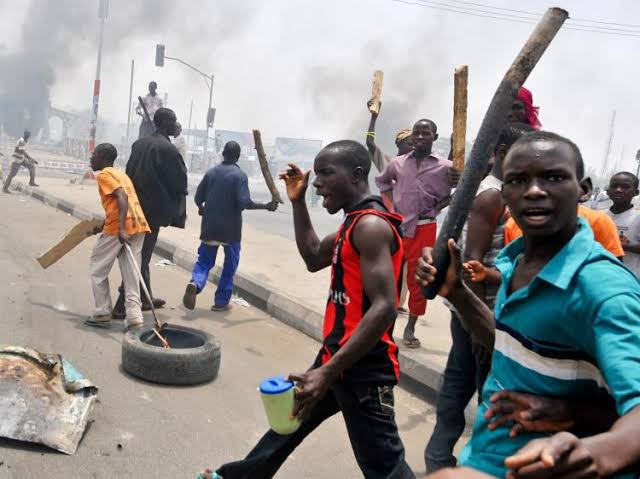 Barely hours to the commencement of the 2019 polls, Anambra state has recorded cases of election related violence.
A member of House of Representatives, Mr. Gabriel Onyenweife, who defected from All Progressive Grand Alliance, APGA, to the Peoples Democratic Party, PDP, after failing to secure a ticket of APGA, had one of the houses in his compound set ablaze in the Ayamelum Local Government Area while 30 motorcycles he assembled for empowerment were razed.
Another victim of the violence was the member representing Nnewi North, Nnewi South and Ekwusigo federal constituency, Mr. Chirs Azubogu who lost a campaign vehicle to arsonists.
On Thursday, the divisional police station  at Ajali in Orumba North local government area of the state was gutted by fire.
Many policemen were beaten up before the station was set ablaze, while some vehicles parked at the station were burnt. Some detainees at the station were allegedly released by people suspected to be members of  Indigenous People of Biafra, IPOB, who moved into station immediately the fire started.
Facebook Comments
Share