Founder of the Flying Drs Nigeria, Ola Brown, tweeted that she spotted the Vice Presidential candidate of PDP and former Anambra state governor, Peter Obi, boarding the economy class of a commercial flight today. Brown in her tweet said Obi was allocated a seat near the toilet and he sat beside a corper. Ola tweeted;

”Peter Obi just boarded my flight. He greeted all of us. Then proceeded to his seat….. in economy as usual. Not at the front of economy. At the back,near the toilet, next to a corper”

Ola however went further to state that she would not be casting her vote to a presidential candidate just because he flew economy class in a commercial plane. She argued that such acts do not determine who an effective leader is. 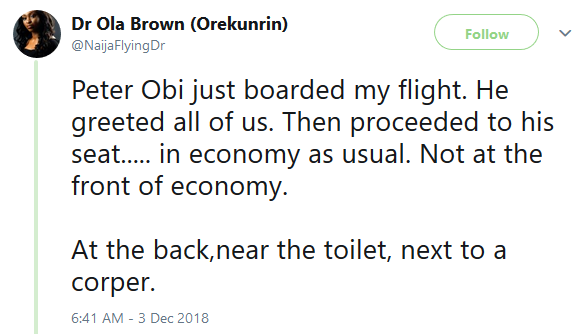 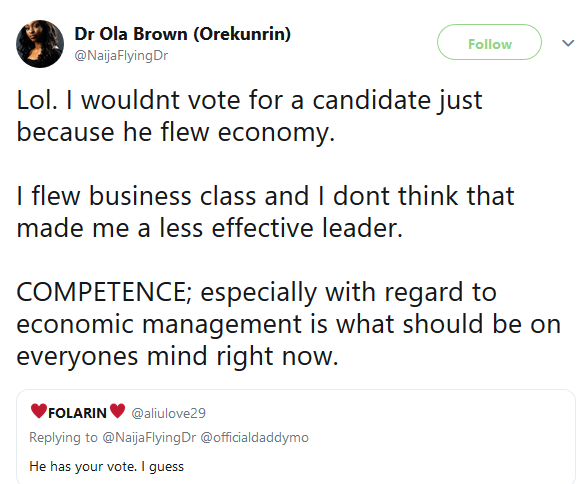 Watch a video of Obi boarding below

@https://twitter.com/yourdailyng
Previous Man allegedly pays police to arrest his ex-girlfriend who he says he can’t afford to lose because she is too good in bed
Next Father Mbaka criticizes Peter Obi for refusing to donate to his church and warns that he and Atiku will lose the election