Use Amotekun to fight ritual killings in the South West, it is more deadlier than Fulani herdsmen- Oluwo of Iwo tells Yoruba leaders 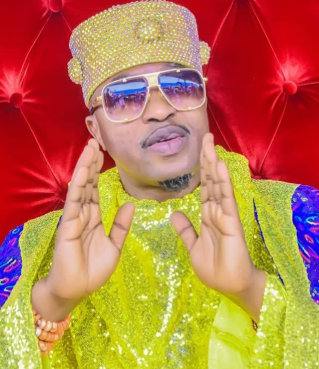 Oluwo of Iwo Oba (Dr.) Abdulrosheed Adewale Akanbi, has called on Yoruba stakeholders to use the newly formed regional security outfit, Amotekun, to fight ritual killings in the region saying it is more deadlier and recurrent that attack from Fulani herdsmen.

In a statement released by his press secretary, Alli Ibraheem, the monarch said

“Amotekun as an institution should be made to fight traditional corruption most especially ritual killings consuming our children’s blood daily. There is blood of innocent people in the street. It is a failure on the part of government, traditional institution and other stakeholders that no severe legislation is enacted to punish ritual killers and their accomplice.

I’m not condemning Amotekun but better direction of job specification should be streamlined. It is disheartening we misplaced our priority. Tell me a day you don’t read in newspaper or hear on radio of innocent boys and girls been killed by ritual killers with part(s) removed? May be we want to traditionally legalize ritual killings or why so silence on the such acts perpetrated by fellow human? Or are we all beneficiaries of ritual killings?

I want to charge all the stakeholders to streamline the activities of Amotekun to prioritize checkmating of ritual killings to protect innocent lives and enact death penalty for any culprit caught killing human for rituals. I’m not happy with ritual killers. They are not human. Government should help us by enacting a law against ritual killers. Whether male or female, anyone killed by ritual killer is my children. It must stop. Human are not animals that you slaughter, killed and dismembered. It is an aberration. Such is never part of any culture. We should empower Amotekun to challenge such barbaric act” he said

@https://twitter.com/yourdailyng
Previous Governor Willie Obiano was always interested in my female workers – Charly Boy calls out Anambra Governor
Next Senator Abaribe’s call for Buhari to resign is foolish, he ought to replace Nnamdi Kanu in prison – Presidency

Nobel laureate, Wole Soyinka, says he does not believe President Buhari is the one in …