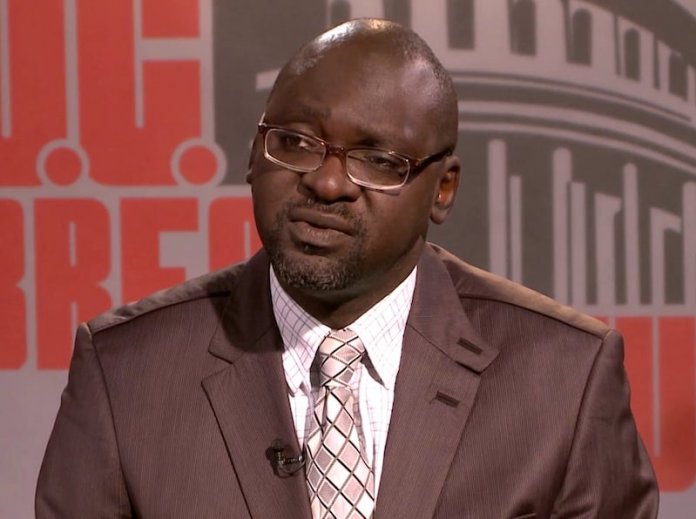 The United States-Nigeria Law Group, an election observer initiative, has released a damning election assessment report of the 2019 election, where it clearly stated that most of the issues that troubled the 2019 general election were deliberately contrived to assist the ruling All Progressives Congress (APC) to retain power at the centre.

Of particular note is an aspect of the report which claimed that the President Muhammadu Buhari-led administration, in both the Judiciary and INEC matters, violated the constitution of Nigeria, which guarantees their independence from interference.
From its findings, the group posited that while the electorate prepared for elections, it was as though the incumbent was “preparing a military operation.”

In a statement signed by Mr. Emmanuel Ogebe and obtained by THISDAY at the weekend, the Group said it observed conscious efforts to compromise the elections and raised early warnings as well as concerns, which have now been validated and proven by the resulting self-sabotaged elections.

For example, it noted that INEC announced inconclusive elections in 6 states out of which PDP was reportedly leading in all but one.
“This is highly suggestive and unsettling all by itself. However, there are further indications that similar results in states in which the APC was leading were not declared inconclusive. Some states where a rerun was illogical, because the mathematical probabilities could not conceivably produce a different outcome have still been scheduled for rerun.

“The principle on cancelled votes versus margin of victory, which ostensibly informed the inconclusive declarations in state elections, was not uniformly applied in the presidential elections. So far the following states have been declared inconclusive – the most ever in Nigerian history – Benue, Plateau, Adamawa, Sokoto, Kano and Bauchi states.

“It is especially noteworthy that in the case of Kano State, the PDP was overwhelming leading when the Deputy Governor seized and tore the results of the last Local Government to be declared. This brazen act of brigandage was caught on video and is perhaps emblematic of how the election results overall have been hijacked.”
On the postponement of the presidential and National Assembly elections from February 16 to 23, the group said its investigations and analysis indicated that the action was orchestrated by the ruling party based on its dissatisfaction with judiciary pronouncements on cases affecting its candidates.

According to the election observer group, the Buhari regime had shown unambiguously its displeasure with both the Judiciary and INEC for not delivering its preferred outcomes.
It further held that there was a clear pattern of desperation, constitutional violation and fabrication in the actions of the regime towards both key institutions that have a critical role in the elections.
Thus, in this post-election report, the group detailed various instances in which it said the incumbent president had shown intent and discernible actions to undermine the elections.

While enumerating several shortcomings of the 2019 election, the USNLG expressed grave concern at the brazen militarisation of the elections.
It added that in furtherance of its partisan agenda in both the Judiciary and INEC, the President Buhari-led APC administration fabricated a faux court ruling on the basis of which it justified its unconstitutional acts.

For instance, the USNLG report noted that: “The Buhari regime acting ostensibly on a private petition interfered with both the Judiciary and INEC regarding the removal of CJN and election postponement respectively.”
It said the President’s refusal to sign the electoral reforms into law showed clearly “the mens rea or criminal intent by the president not to allow the conduct of credible elections from the word go.

“Indeed, the president is on record for having said following the passage of the ‘not-too-young to run’ law, that it should be only after his re-election. This Freudian slip cements the notion that he nixed the electoral reforms for the same self-perpetuation.
“For these and other reasons, it is transparently clear that the Buhari regime had motive, opportunity, mens rea and actus reus (criminal intent and culpable acts) and declared intent and discernible actions to undermine the elections. In this respect, they were successful in premeditated failure,” it said.

The election observer group therefore said it decided to share its report for the benefit of the electorate and the international community for the sake of global democracy.
With regards to the issue of malpractices and activities of compromised poll officials, the observer group said it has firsthand report of what transpired in Benue State, for instance, on the eve of the rescheduled presidential and National Assembly polls of February 16.

“We gathered that out of a list of about 500 names submitted by a federal institution to INEC as poll officials, a ruling party Senator selected those whom he deemed he could ‘work with’. In addition, the APC Senator doled out millions of naira, which was distributed to the INEC-trained poll officials at a location in Makurdi, the Benue State Capital. The temporary poll officials were called by phone to come and collect the serving Senator’s cash in person from the said location.”

It also said that before the governorship election of March 9, a university professor was apprehended with election materials in Benue State and his vehicle burnt by irate voters, thus reiterating the fact that it witnessed firsthand, the distribution of cash from the back of a vehicle to political operatives for unknown purposes and particularly stunned that the party functionaries were escorted by police.

The USNLG report stated that operatives of the Economic and Financial Crimes Commission (EFCC) apprehended a vehicle loaded with currency in the trunk of a vehicle of a politician linked to the APC in February.

While expressing its concern over President Buhari’s actions and inactions before, during and after the elections, the observer group said it was deeply concerned at the president’s remarks that electoral malpractice would attract summary execution.
“We are gravely concerned at the brazen militarisation of these elections. Buhari has gone beyond militarisation to martialisation of the election process. We are more concerned at remarks attributed to the Chief of Army Staff that, ‘If Commander-in-Chief has given order to the Nigerian Army to that effect, rest assured that order will be totally and effectively obeyed without any ifs or buts.”
Specifically, the election observer group lamented the military invasion of Rivers State and described it as troublesome.

“The military invasion and rampage in Rivers State is troublesome on several levels not the least of which is: The ruling party APC was not even a candidate in the elections yet the government interfered with military might to rig in the most ignoble and egregious way ever.

“The wicked, oppressive and violent attacks on innocent civilians and their homes and property in the formerly restive Niger Delta just for elections, has the real propensity for re-igniting another armed insurrection in the region.

“It is clear that the overarching objective of the coercive force is not to install APC, which has no candidate but to uninstall PDP. Rivers State has been the key rallying point and resource base for the opposition and the military mission is to completely gut their capacity by stripping them of power in Rivers State.”

The group noted that the military denial of involvement was not credible in the least.
“It should be pointed out that electoral law places security under INEC and not INEC under security. The army has denied that its personnel are the ones featured with arms in uniform perpetrating these atrocities. This response is neither credible nor helpful as it implies there are fake soldiers on rampage and the real army is helpless to protect the citizenry from them.”

Despite the pronouncements by the authorities on security readiness, the observer group noted that between the two elections, over 200 people were slaughtered in non-voting massacres in Benue, Zamfara and Kaduna states.
It said it was particularly disheartening that military forces were mobilised to opposition states for the elections in numbers unseen in insecurity-plagued states showing a total lack of prioritisation and callous insensitivity to human lives.

On the Security deployments to Rivers State during the election, the group said the scenario resembled a war zone.

It maintained that it was in possession of a bizarre video showing an INEC official admitting that their office was besieged by the military and results of election officers confiscated, thereby preventing them from collating the election result.

In addition, the group said: “Viral video footage showed soldiers overrun the home of the state Education Commissioner as well as charging through his kitchen chasing after female residents with guns drawn.

“Other videos show courageous women chanting and keeping soldiers from breaking in and stealing election results. Yet another video shows protesters singing Christian choruses, when the military opened fire on the harmless crowd, injuring several. In another, the military went to arrest a former militant but were prevented by members of his community,” the group stated.

In further confirmation of its position that officials of the ruling party conivived to interfere in conduct of the election, the group said the Attorney General of the Federation, Abubakar Malami had written to INEC advising it to comply with the judgment of the Court of Appeal by admitting the result of the APC Zamfara state primaries and also comply with the provisions of section 38 of the Electoral Act which empowers INEC to postpone the election for the governorship, National and State Houses of Assembly election. It said that the AGF actually admitted in writing that the APC needs “a little time to catch up.”

Such an ” illicit motive could not be clearer nor more dubious – to score an advantage for a political party”, it said. According to the group, INEC postponed the elections of February 16th and March 2nd after the Attorney General requested it whether or not the commission admits that. USNLG said that in further validation of its stand that the election postponement was contrived for the benefit of the incumbent party, INEC also allowed the APC in Zamfara State to field candidates in the rescheduled elections just like the AG illegally and fraudulently requested.

Also the observer group said that just as was being feared, the death threats to members of the international community by the Kaduna state governor, Mallam Nasiru El-Rufai was followed by restrictions on international observers by the military who prevented them from monitoring elections in Rivers State.
“The restraint of international observers is not only proof of the government’s grand design to brazenly rig the elections but also that resistance would have resulted in their return in “bodyguards” as earlier warned”.