Breaking News
Home / Latest News / Update: Body of Indian stuntman who vanished after being lowered into a river while tied in chains is discovered by police

Update: Body of Indian stuntman who vanished after being lowered into a river while tied in chains is discovered by police 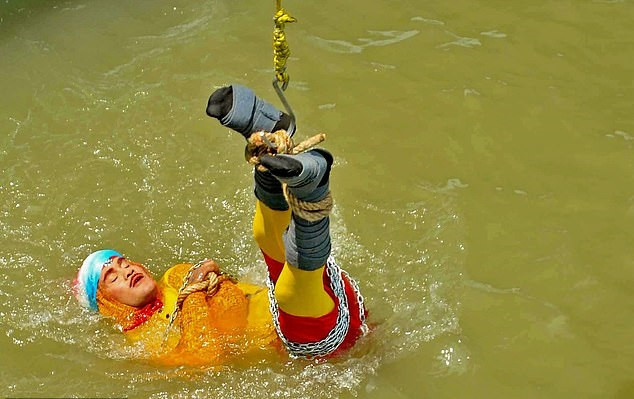 The body of the Indian stuntman who vanished after being lowered into a river while tied up with chains and ropes in a Houdini-inspired stunt has been discovered by police.

This comes after Officers previously said he was feared drowned after performing the Houdini-inspired stunt in the Hooghly river. 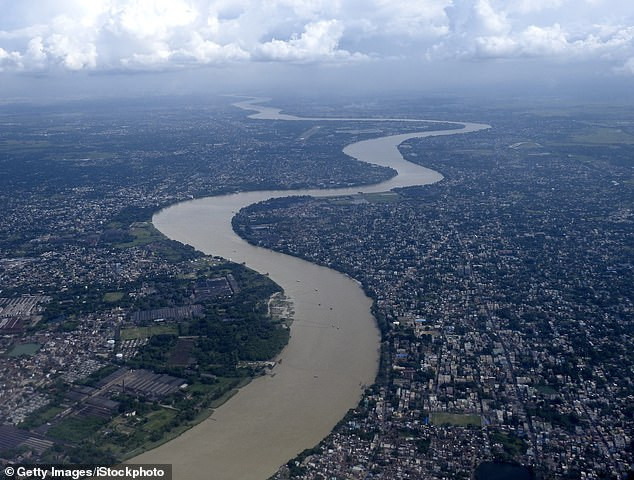 40-year-old Chanchal Lahiri, known by his stage name ‘Jadugar Mandrake‘ (Wizard Mandrake), was lowered into the river by a crane on Sunday as family members, media and police watched on. 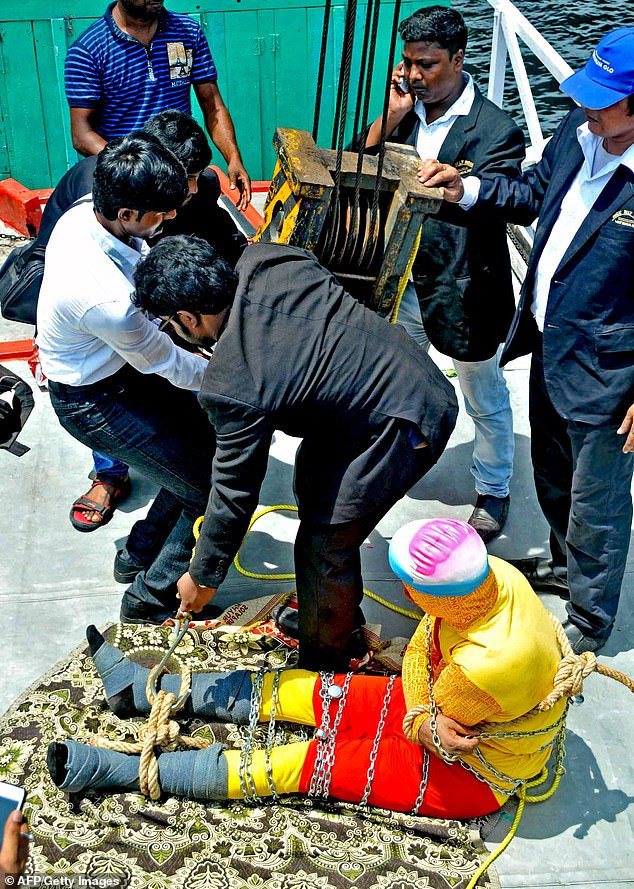 Before his trick, he said: ‘If I can free myself it will be magic, if I cannot it will be tragic.’ But the 40-year-old failed to emerge from the water, sparking an immediate search by authorities.

Lahiri’s body, limbs still tied with steel chains, was washed up about 1km away from the site of the attempt.

21 years ago, Lahiri successfully pulled off a similar stunt at the same venue. He was locked inside a bulletproof glass box and tied with a chain.

During the stunt, he was dropped from Howrah bridge, but managed to come out in seconds, according to reports. 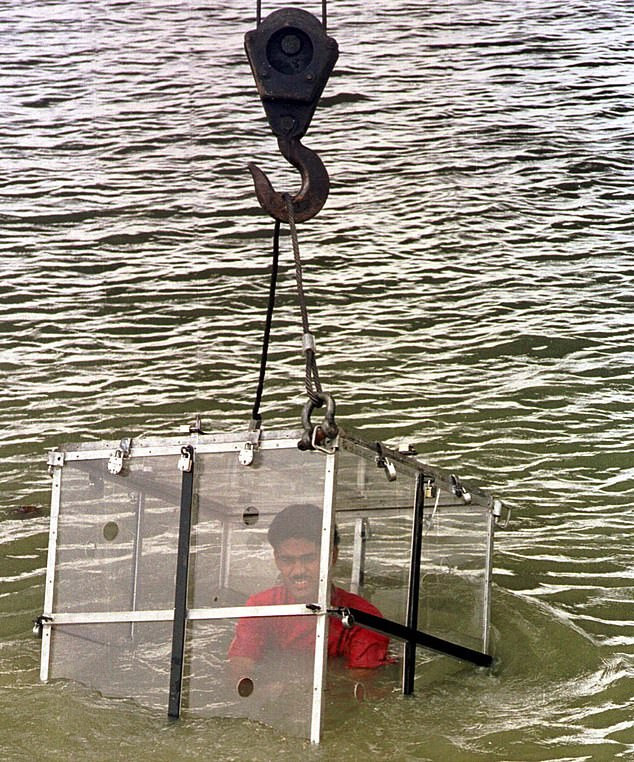 “He used to practise in swimming pools and rivers,” said Kharbanda. “All magic has to be perfect and it takes a lot of practice, but even with practice, things can go wrong. This was a very dangerous performance. I don’t know if it was a breathing issue or just not being able to undo the locks.”