Breaking News
Home / Latest News / Until you come forward with an evidence, we can’t investigate any ”Risky” homosexual – Dolapo Badmus

Until you come forward with an evidence, we can’t investigate any ”Risky” homosexual – Dolapo Badmus 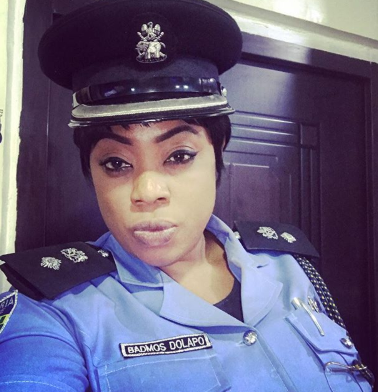 On Thursday, Zone 2 police Public Relations Officer, Dolapo Badmus, shared a post on her Instagram page in which she stated that Nigeria is not a place for homosexuals.

In her post, Dolapo pointed out that the Anti-gay law signed by ex-president Goodluck Jonathan, has criminalized all gay activities in Nigeria.

If you are homosexually inclined, Nigeria ?? is not a place for you.
There is a law (Same sex Prohibition Act) here that criminalizes homosexual clubs, associations and organizations with penalties of up to 14yeats in jail.
So if you are homosexual in nature, leave the country or face prosecution.
But before you say does these matter?! Kindly note that anything against the law of the land is criminal and all crimes will be punished accordingly no matter how small you think it is.
The law says, “A person who registers, operates or participates in gay clubs, societies or organizations, directly or indirectly makes public show of same-sex amorous relationship in Nigeria commits an offense and is liable on conviction to a term of 10 years.”
Anyone convicted of entering into a same-sex marriage contract or civil union faces up to 14 years imprisonment.
All LGBT candidates in Nigeria should beware” she wrote

After she shared the post, many Instagram users inquired why the police hasn’t gone after a  certain ”Risky” homosexual. Read her response which she also shared on her Instagram page below

”In view of my last post about homosexuals and the law binding them in Nigeria ??. Some people have been mentioning one particular name (very risky though) to be one. Kindly be informed that if you have any evidence and/or exhibits that can establish the case against him/her please don’t hesitate to bring it up for a comprehensive investigation! Prosecution and conviction of suspects are not based on imagination rather it’s based on evidence otherwise it will be treated as hearsay which is not admissible in law court. Until then let’s keep our fingers crossed and not keep our lives risky! Thank you”.

@https://twitter.com/yourdailyng
Previous Lady’s unbelievable transformation has seen her being accused of enhancing her whole body after doing the #10yearschallenge (Photos)
Next Onnoghen: Why CJN must appear before CCT – Muslim group(MURIC)