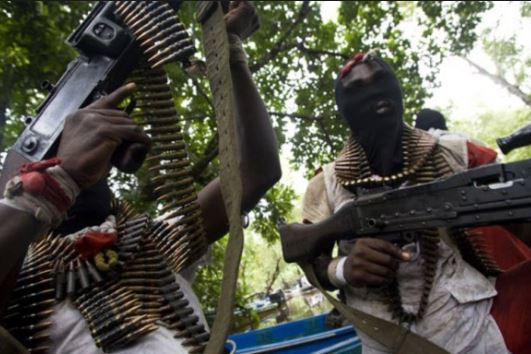 Hassan Mijinyawa, the Chief Press Secretary (CPS) to the Governor of Taraba State, Darius Dickson Ishaku has been kidnapped by unknown gunmen.

Hassan was reportedly whisked away this morning while on his way to Gembu, along Bali-Gashaka axis of the road, to join the Governor who is on a campaign tour of the area.

Manu said contact had not been established with the abductors, and urged the public to pray for the safe release of Hassan and other victims. Hajiya Sekina Mijinyawa, wife of the abducted CPS, also confirmed the incident to newsmen, saying: “My husband left home for Gembu in Sardauna Local Government area at about 7am this morning only for him to be kidnapped on the way.”

She, however, appealed to the kidnappers to have mercy on her husband and release him unhurt. Yusuf Garba, a witness who narrowly escaped, said some government officials and a foreign national were among the victims. He also said the foreigner, who was an aid worker, was heading to a camp for Internally Displaced Persons (IDPs) in the area.

Garba narrated how the kidnappers operated for several hours unhindered and finally led their victims into a nearby forest after dispossessing them of their personal effects.