The story has been told of the woman who hid dead babies inside her wardrobe for as many as 20 years. 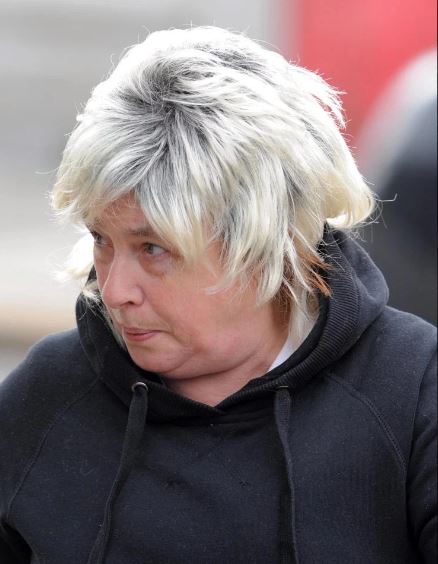 Bernadette Quirk hid the dead bodies of four babies at her home in in St Helen’s
A sickened daughter has revealed how her mum kept dead babies hidden in the wardrobe for 20 years – while disguising the smell with air fresheners.
Bernadette Quirk wrapped the four tiny newborns in newspaper and stashed them in a red bin – taking it with her every time the family moved home.
Her horrific secret was first exposed in 1998 when daughter Catherine – then 16 – put her hand in the bin and “felt a baby’s head”.
The teenager and her sister Joanne Lee begged their mum to give the baby a proper burial – but the two girls were unaware their mum had hidden three other newborn girls.
It was only in 2009 that their mum’s full gruesome secret was laid bare, with ex-nurse Quirk later admitting four counts of concealing a birth at Liverpool Crown Court.
‘YOU CAN TASTE THE SMELL’
Joanne, who has now written a book Silent Sisters about the horror, told Liverpool Echo: “I’d always wanted to write a book because my life had been a jigsaw puzzle which I wanted to piece together.
“But I will never know the whole truth. I will never know how she hid those babies all those years.
“Where were they in between her moving houses? How do you hide the smell of a dead body? The smell is indescribable. It clings to you and you can taste it.” 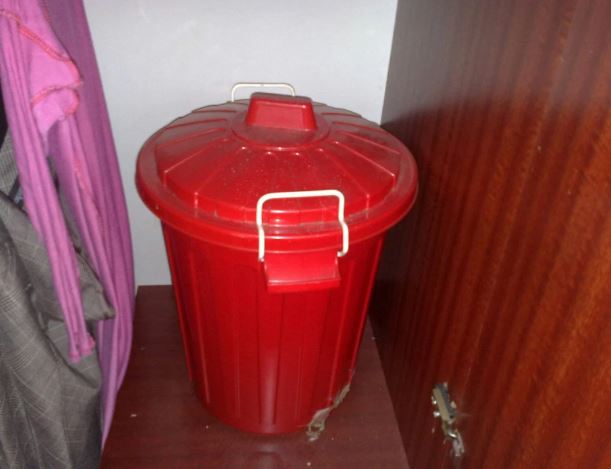 The newborns were wrapped in newspaper and stashed in this red bin
Quirk managed to escape jail and was instead handed a two-year community order. She passed away in February aged 64.
All four of the children had different fathers – one of whom was Joanne’s ex partner.
Joanne has previously opened up about her chaotic childhood – revealing the siblings would often go weeks without gas or electricity because of their alcoholic mum.
SINISTER SECRET
The charity worker was also forced to steal soap from school so she could wash Catherine and brother Christopher’s clothes.
But the children had no idea of the sinister secret their mother was hiding in the wardrobe upstairs despite some clues – including a bloodstain on the rug in her bedroom. 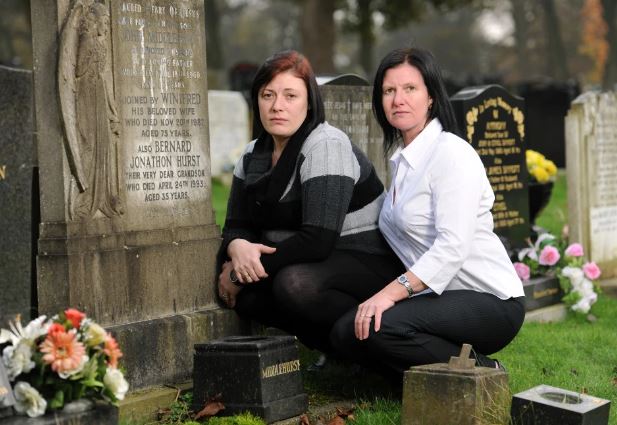 Joanne Lee, right, and her sister Catherine have now given the babies a proper burial
Joanne previously told The Sun: “She did put on a lot of weight sometimes and would wear big, baggy clothes, and I did notice more than once she had a big tummy, which vanished almost overnight.”
It was only in 1998 when Catherine innocently put her hand in the bin that she discovered the grisly truth.
The girls managed to convince Quirk to give the tragic baby girl a dignified burial where their grandmother was laid to rest.
‘REAL-LIFE HORROR FILM’
But the full shocking secret was exposed when the family moved house for a forth time and the girls saw the same red bin.
Joanne said: “We were helping her move. The moment we saw the red bin, we both froze.
“Mum started screaming when she saw us staring at the bin. Of course, we didn’t imagine there was anything in there but her reaction made us suspicious.
“Just seeing the bin sent shivers down my spine. The memories of what had happened still haunted me, every day.” 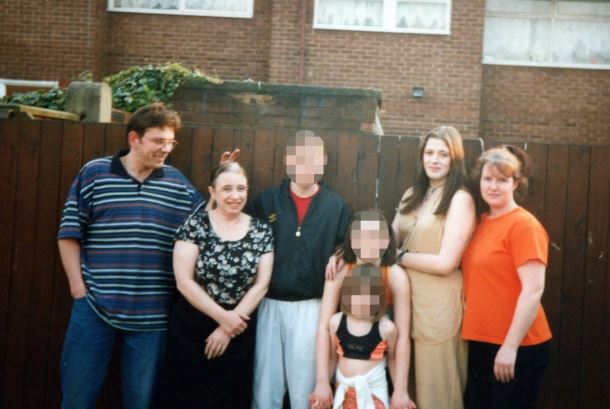 The girls growing up with their mum (left)
Joanne called the police, who searched the home and discovered the remains of three babies.
She said: “I felt sickened there were three. I hadn’t really believed there could even be one. It was like a real-life horror film, with my mother as the monster.”
WRAPPED BABIES IN NEWSPAPER
Quirk was charged with four counts of concealing a birth, which she later admitted at Liverpool Crown Court in December 2010.
The court heard she had hidden the bodies, wrapped in newspaper, sheets and plastic bags, for up to 20 years.
Quirk said she gave birth to the babies between 1985 and 1995 and insisted they were all stillborn – but she said she had been drinking heavily at the time and could not be more specific.
Leading forensic scientists examined the remains extensively and found that all were full-term and most likely stillborn.
Catherine and Joanne arranged a funeral for the four babies and invited their mum, who refused to attend.
Joanne recalled: “It was heart-breaking but also there was a comfort and a relief that they were finally getting the respectful burial they deserved.
“I don’t understand why she hid the births or why she carried the bodies around like that in a bin.
“It seems so disrespectful and inhumane.
“I don’t believe she knows the meaning of motherly love.”
***
Source: The Sun UK
Facebook Comments
Share

@https://twitter.com/yourdailyng
Previous OAU Lecturer Kidnapped By Gunmen On Ife-Ibadan Expressway
Next From Allen Avenue to Snapchat Prostitute: The Evolution of the Nigerian Commercial S*x Worker