Breaking News
Home / Foreign News / Shocker!!! Thailand’s deputy PM says terrorists may have targeted the hotel in Kenya ‘because the food is delicious’

Shocker!!! Thailand’s deputy PM says terrorists may have targeted the hotel in Kenya ‘because the food is delicious’ 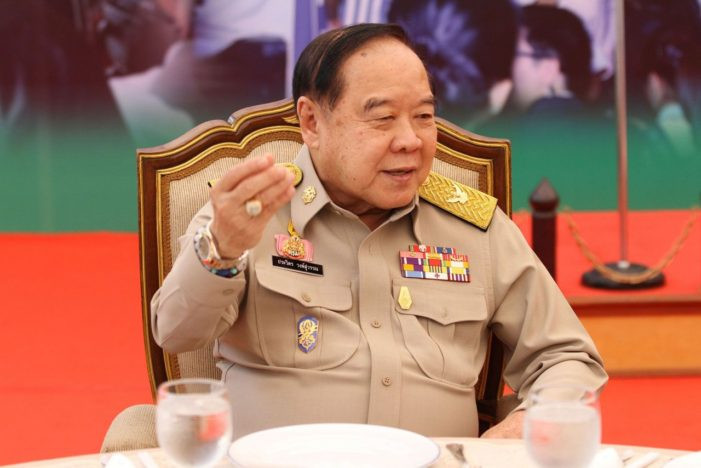 The Deputy Prime Minister Thailand has said he thinks the Thai-owned hotel in Nairobi, Kenya had been attacked by the Somalian Islamist group al-Shabaab, ‘because the food is delicious’

On Tuesday afternoon, five armed terrorists launched an attack, killing 21 civilians at the DusitD2 hotel and office complex. But the terrorists were later killed during the attack or in the aftermath.

Commenting on the attack during a press briefing,  Prawit Wongsuwan, who is also the Defence Minister told reporters it was ‘good enough’ that no Thai citizens had been killed in the horrific attack in Nairobi on Tuesday.

When asked why he thought a Thai-owned hotel had been targeted, he replied: ‘I don’t know. Maybe because the food is delicious.’

The DusitD2 hotel is said to be owned by Dusit Thani, a multinational chain which has 29 hotels and resorts in 18 countries.