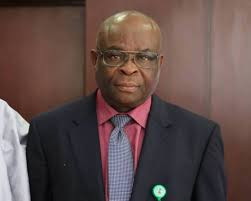 The National Christian Elders Forum have described the suspension of the Chief Justice of Nigeria, Justice Walter Onnoghen and appointment of Justice Tanko Muhammad as acting CJN, as an Islamic agenda and have called on all Nigerians to resist the Islamists in the country.

In a statement  titled, “CJN Onnoghen: What is really at stake and the way out.” and released yesterday, the elders which include Lt.Gen. Theophilus  Danjuma,  Solomon Asemota (SAN),  Prof. Joseph Otubu, Gen. Joshua Dogonyaro (retd.), Dr  Kate Okpareke, Dr Ayo Abifarin, Gen. Zamani Lekwot (retd.), Elder Moses Ihonde, Elder Nat Okoro and Elder Matthew Owojaiye, alleged that Nigerians unwittingly elected an Islamist organization in 2015 and must do everything to ensure they do not return to power in 2019.

Read part of their statement below

“In 2015, Nigerians unwittingly elected an Islamist government into office, supposedly on a platform of democracy. It is with this as background that the questionable suspension of the CJN, Justice Walter Onnoghen, should be situated. The ‘judicial coup’ is not only against the judiciary, but also the constitution that is under attack and with it, the sovereignty of the Nigerian state as a democratic nation.

“Islamism is not a religion but a political ideology which holds that wherever Islam is, Islam must dominate.

That is one reason why Islamism is called “political Islam. However, while all Islamists are Muslims, all Muslims are not Islamists. The National Christian Elders Forum is calling on Nigerians to mobilise to resist the Islamists in Nigeria and ensure that they do not return to power again so that Nigerians can concentrate on building a just and equitable society.

In order to put an end to the recurring decimal of violence, conflicts, suspicion, distrust, insecurity, poverty and other vices plaguing Nigeria, NCEF reiterates that Nigerians should ensure that Islamists are not voted into power in 2019.”