Photos: President Trump and Melania pay an unannounced visit to US troops in Iraq

President Donald Trump made a surprise visit to Iraq on Wednesday, making it his first trip to US troops deployed in a war zone since being elected two years ago.

The President landed at 7:16 pm local time at Al-Asad Air Base in western Iraq, accompanied by his wife Melania Trump where he spoke to troops and met with military leaders.

“President Trump and the First Lady traveled to Iraq late on Christmas night to visit with our troops and Senior Military leadership to thank them for their service, their success, and their sacrifice and to wish them a Merry Christmas,” White House spokeswoman Sarah Sanders tweeted.

Presidential trips to boost troop morale have been a longstanding tradition in the years of war following the September 11, 2001 terrorist attacks, and Trump has taken considerable criticism for declining until now to experience a war zone.

Trump is expected to use the Iraq trip to further explain his decision to end the Syria deployment and cut troops in Afghanistan.

See more photos from the visit below… 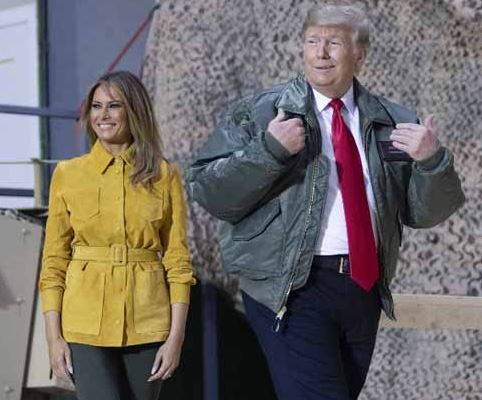 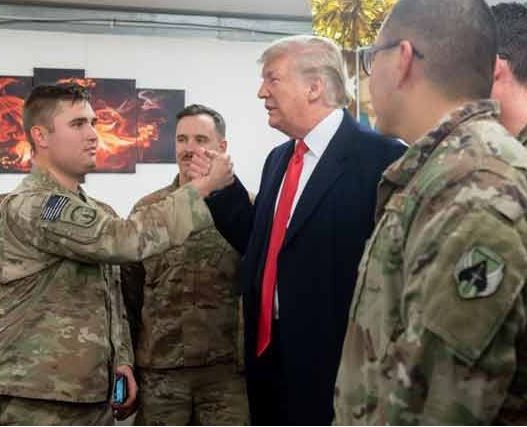 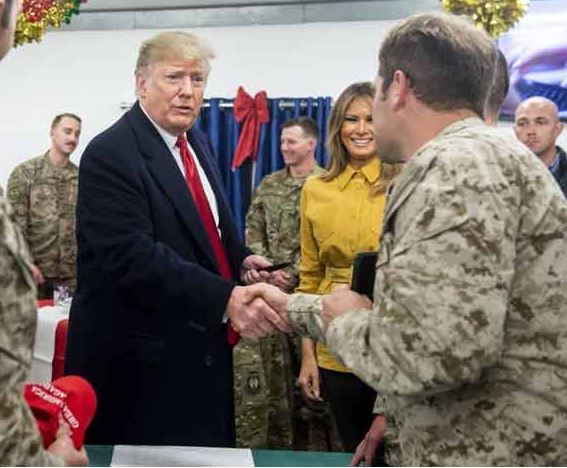 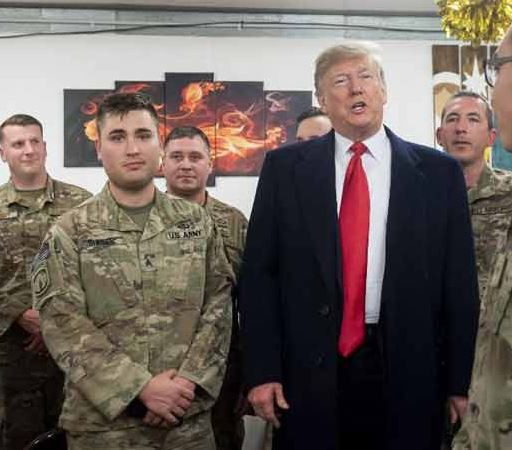