Three brothers who specialize in killing people for ritual purposes have been exposed and arrested for the criminal act. 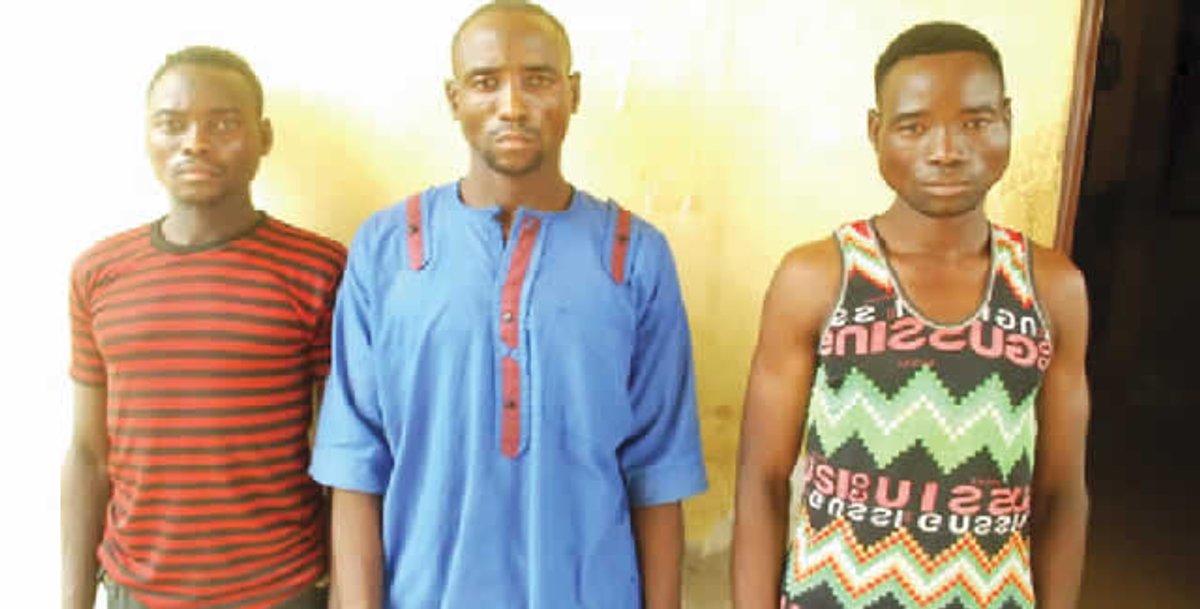 The brothers
According to a report by Punch Metro, the Niger State Police Command has apprehended three brothers for ritual killing in the Borgu Local Government Area of the state.
The suspects, Saminu Usman,25; Yusuf Usman,22; and  Muhammadu Usman, 35, all of Janruwa village in the Borgu LGA were reportedly arrested by a team of policemen attached to the New Bussa division after a complaint by the father of their victim, Yakubu Garba.
It was learnt that the suspects abducted one Shehu Garba and whisked him away to an unknown location where they planned to kill him for rituals.
Northern City News gathered on Sunday that the men took their victim to a bush where they killed him and cut off one of his hands.
One of the suspects, Saminu, alleged that his eldest brother, Mohammadu, instructed them to cut off their victim’s hand for ritual to enable them to be rich.
He stated, “It was actually not our intention to kill our victim for rituals. But after killing him, we cut off his hand, which we planned to use for ritual, before we were arrested by the police.
“I don’t know what to say; but we have disappointed our parents and other family members. Imagine three brothers going to jail at the same time; we have ruined our lives.”
The command Public Relations Officer, Muhammad Abubakar, confirmed the incident, saying the suspects had confessed to the crime.
Abubakar said the three brothers killed their victim for ritual purposes, adding that the matter had been charged to court.
Facebook Comments
Share

@https://twitter.com/yourdailyng
Previous God Told Me To Marry My Blind Footballer Husband – Bride
Next Horror! Woman Swallows 5-Inch Spoon While Trying To Use It To Remove Bone From Her Throat