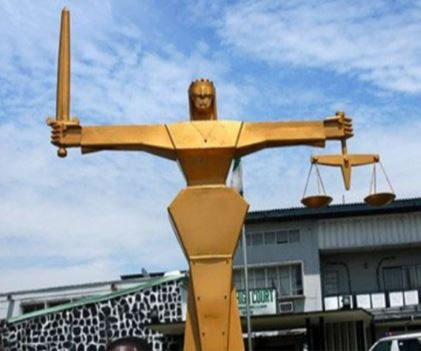 On Tuesday, an Ebute Meta Chief Magistrates’ Court, Lagos remanded a man identified as Habeeb Eletu, for allegedly stabbing to death, a man over his refusal to accept Islam.

The defendant, 26, whose plea was not taken, is being tried for malicious damage and murder. The Prosecutor, Insp. Kehinde Omisakin told the court that the defendant committed the offences on Jan. 22, at 9.00p.m., at Awoyaya Town in Ibeju-Lekki area of Lagos State.

Omisakin said the defendant allegedly became furious and dashed out at night on the said date, confronting whoever came his way to accept Islam. The defendant was said to have insisted that whoever refused to accept his religion would either be stabbed or have his property damaged.

“The defendant also inflicted deep injuries on the body of one Adedoyin Ayedun,” she said.  Omisakin said the offences contravened Sections 222, 350 and 411 of the Criminal Law of Lagos State, 2015. The Chief Magistrate, Mrs O.A. Komolafe ordered the remand of the defendant at the Ikoyi Prison.  Komolafe, however, fixed Feb. 8 for further hearing.