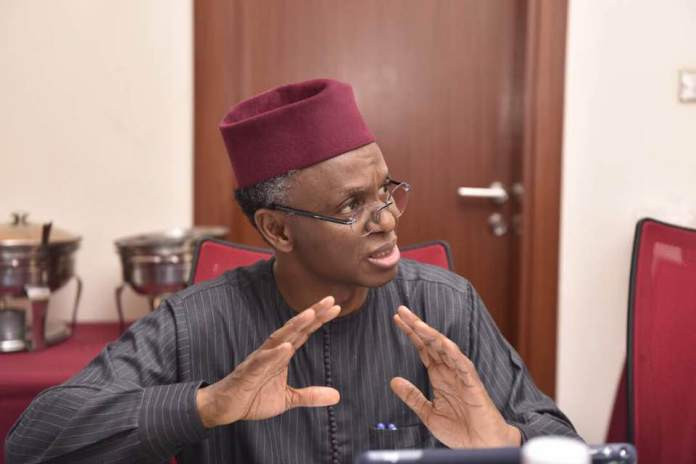 LKaduna State Governor, Nasir El-Rufai, has clarified on the controversial statement he made about foreign representatives ending up in body bags if they interfere in Nigeria’s politics.

The governor made news today after a video of him making the controversial comment in an interview with NTA went viral.

In a statement released by his spokesperson, Samuel Aruwan, the governor said he was only defending Nigeria’s sovereignty by making the comment.

Read the full text of the statement below

A notorious trait of the characters that constitute the opposition in Nigeria is the manufacture of outrage on flimsy grounds. However, contriving anger on false premises and summoning a din of feverish commentary will not alter the facts. Election season is regarded as silly season in some quarters, but it is a very serious moment.

When Malam Nasir El-Rufai appeared on NTA’s Tuesday Night Live, he made comments every patriot can understand. He stood up for Nigeria’s dignity in the wake of those who would traduce their country and reduce it to the status of a colony in their vain quest for power.

The video of his comments is in circulation. Any fair-minded person with modest familiarity with the English language and unimpaired comprehension can understand it. It does not contain any call for violence. What it is a powerful defence of sovereignty. Are some sections of our political class implying that they will acquiesce in or collaborate with foreign intervention in our country?

Affirming that a country will defend itself against needless intervention is the kind of statement you expect to hear from a patriot. It is not a call for violence. Warning about the consequences of meddling in another country’s affairs is legitimate.

Non-interference in the affairs of other countries is a basic principle of international law. Threatening to intervene in another country implies the use of force. Those who are basing their electoral calculations on foreign intervention need to be discouraged. Only the lawful votes of the Nigerian people should make or unmake governments.

Malam Nasir El-Rufai has issued a powerful call for vigilance and a clear notice that other countries should not mistake the supine posture of the opposition for national weakness.

Malam Nasir El-Rufai has stood firmly against those who have been trying to divide Nigerians on ethnic and religious lines. He is resolutely
opposed to violence, and firmly committed to peace and harmony.