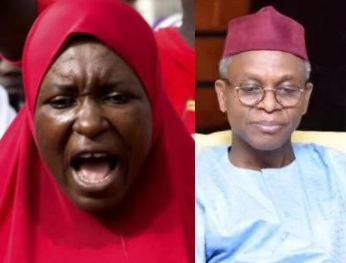 Co-convener of the Bring Back Our Girls BBOG, Aisha Yesufu, has slammed Kaduna state governor, Nasir El-Rufai, over his explanation on the controversial ”body bag” comment he made on National TV.

Governor El-Rufai appeared on NTA on Tuesday February 5th and said that any foreign representative that comes into Nigeria to interfere in our politics will leave in body bags.Watch the video here.

The governor had in his explanation, said he made the comment in defence of Nigeria’s sovereinty. Read here.

Well, Aisha Yesufu, is not buying his explanation and has asked him to shut up. Read her tweets below. 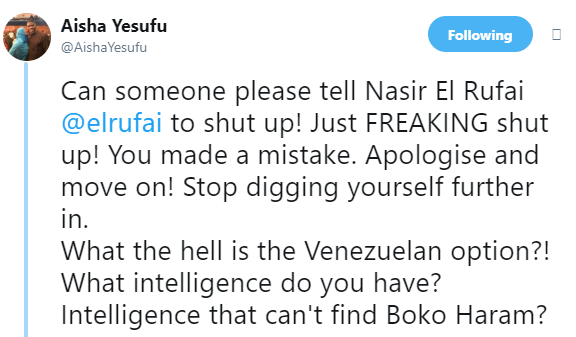 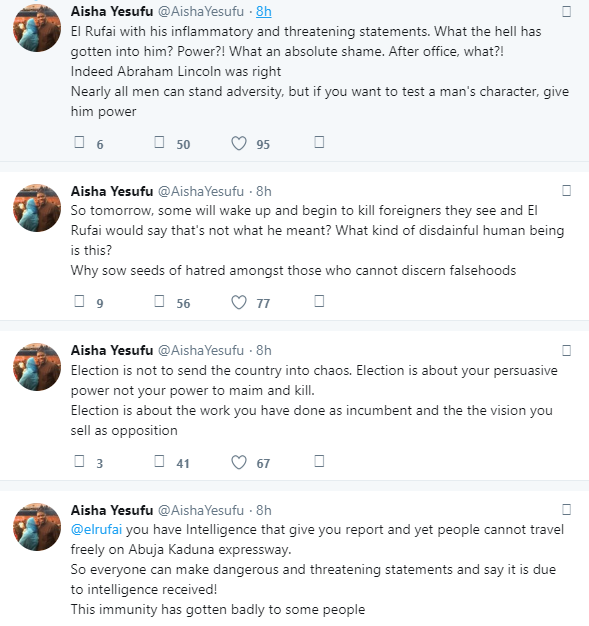 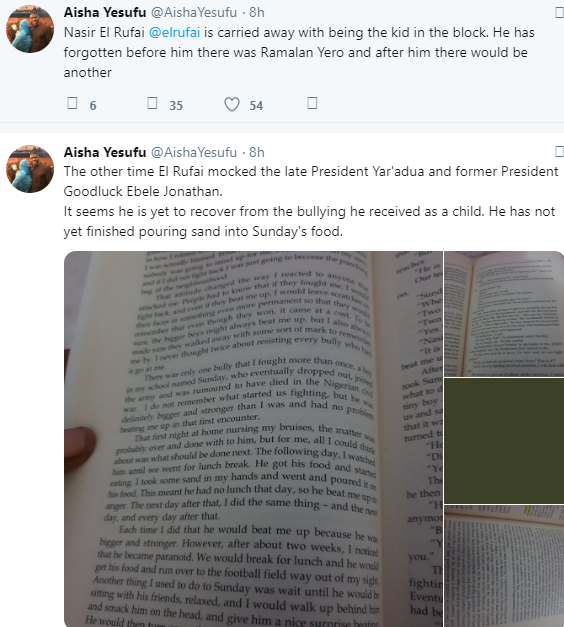 @https://twitter.com/yourdailyng
Previous ”I blame the devil” – Security guard apprehended for attempting to rape a prophetess in Ondo says
Next Body has been retrieved from plane that crashed but investigators cannot say if it’s Emiliano Sala or pilot David Ibbotson